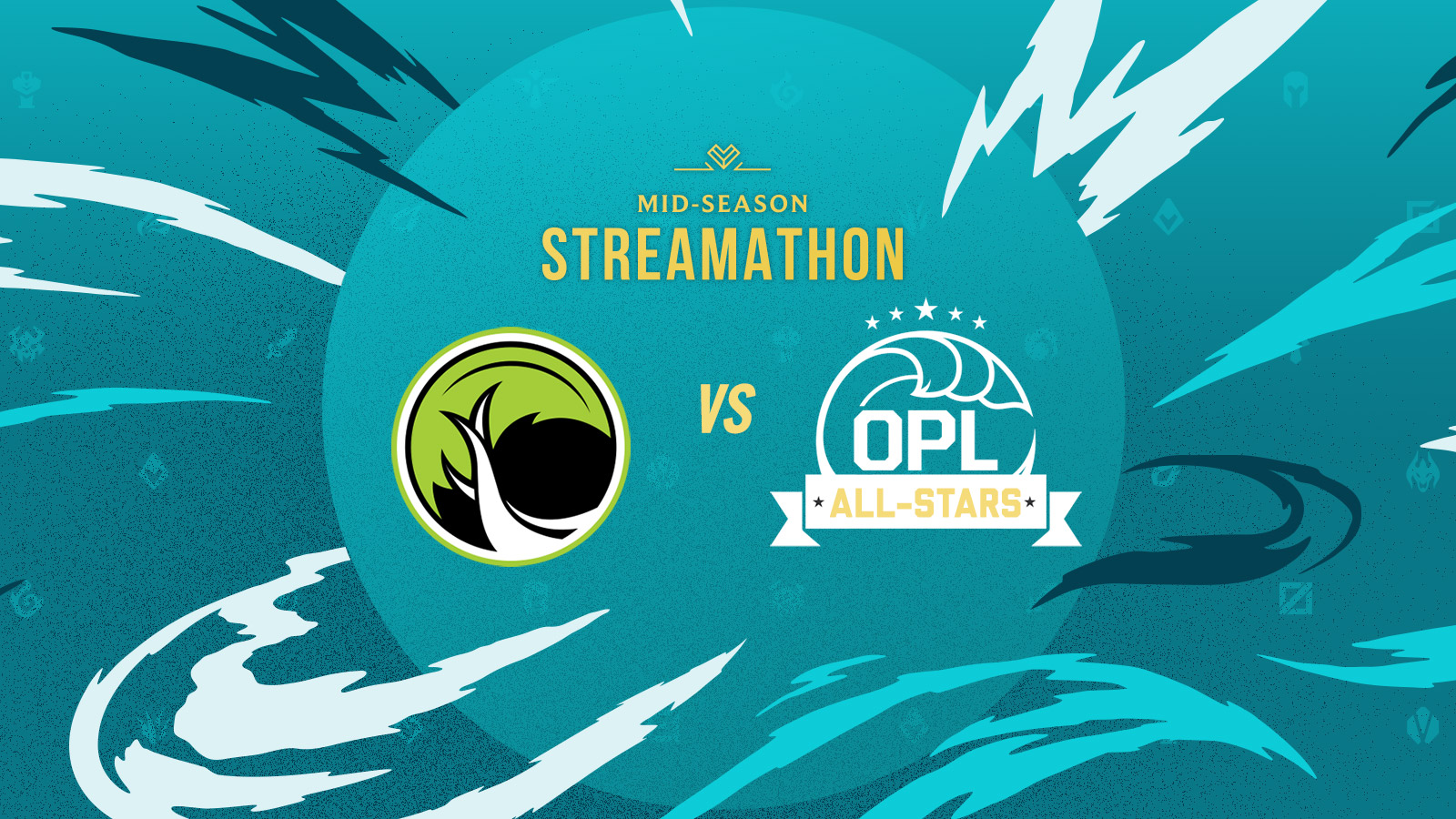 Get ready for the Mid-Season Streamathon!

On the back of our Mid-Season Streamathon fundraiser announcement earlier today, we’re excited to share more on the Oceanic show starting at 12PM AEST on 30 May. Following their decisive win in Split 1, Legacy Esports are ready for the next challenge: taking on a fan-voted OPL All-Stars super team.

This Saturday 23 May at 7PM AEST on Twitch.tv/LegacyOCE, Legacy is hosting a fan-voted 5v5 showmatch to determine which OPL players make the final All-Stars team. This best-of-3 is a chance for pros to turn up and show form in a bid to secure their spot in a second fan-vote next week.

The top voted player in each role from the second round of voting will go on to form the OPL All-Stars and attempt to topple Legacy Esports in the Mid-Season Streamathon on the global broadcast on Saturday 30 May.

Ready to vote? Head over to @OPL on Twitter to get started! The first round is open from now until midnight on Thursday 21 May. Max two players from each OPL team allowed into the OPL All-Stars team.