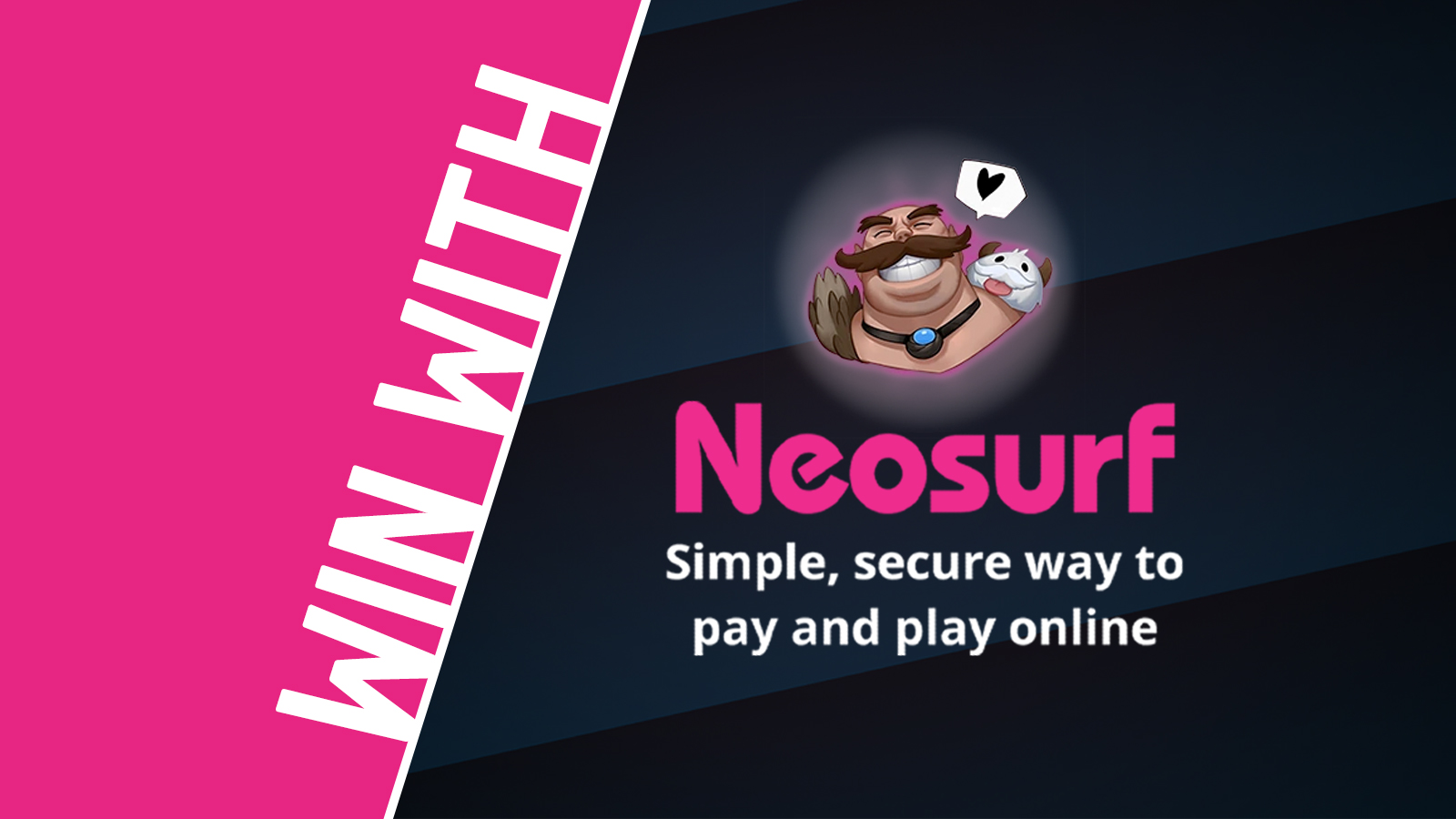 Did you catch the launch video for OPL Split 2? Thanks to our friends at Neosurf, you could be a part of the video and earn yourself a $500 Neosurf voucher! How? Just take a quick video of yourself joining the call, follow @OPL and @NeosurfEsports on Twitter and share your video with us via DM.

Entries will be judged on creativity and originality; make us laugh, make us cry, dazzle us with how you turn up to the call with style. Take inspiration from the video and let loose, we’ll be adding effects where we see an opportunity. 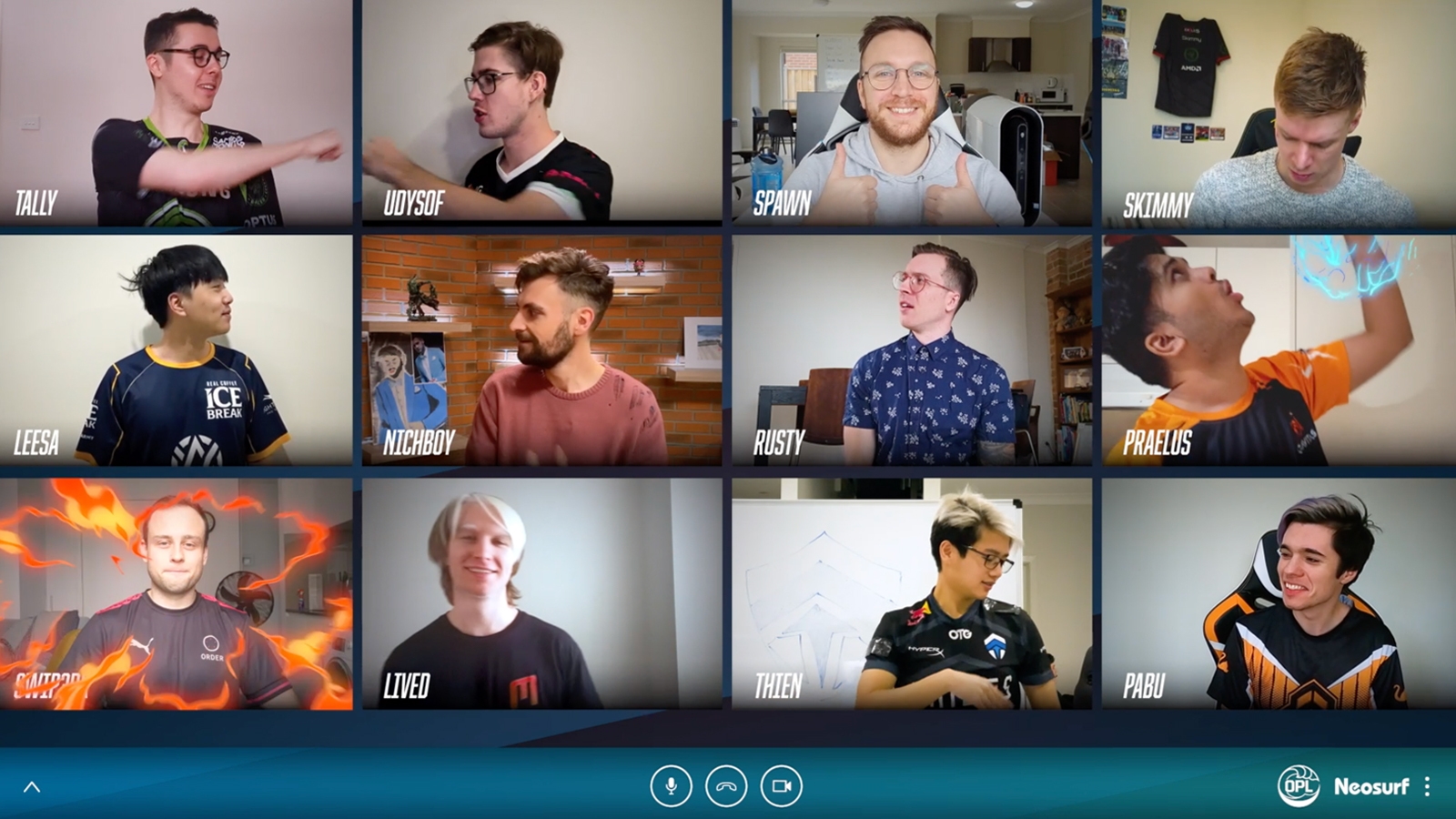 The competition kicks off in Week 1 of the OPL and will run until Week 3, after which a new round of the competition will begin. We’ll keep this going and building the video over the whole split. Full Terms & Conditions below!

The OPL runs every Friday and Saturday from 4pm AEST on Twitch.tv/RiotGameOCE

NO PURCHASE OR FEE NECESSARY TO ENTER OR WIN. YOU HAVE NOT YET WON. MAKING A PURCHASE WILL NOT INCREASE YOUR CHANCES OF WINNING. THIS IS A GAME OF SKILL, NOT CHANCE. VOID WHERE PROHIBITED.

THE CONTESTS IS OPEN ONLY TO CURRENT OCE.LEAGUEOFLEGENDS.COM (THE “SITE”) ACCOUNT HOLDERS WHO (I) ARE NOT CURRENT EMPLOYEES, CONTRACTORS, OR EMPLOYEES OF SPONSOR OR A PARTICIPATING SPONSOR; (II) ARE 12 YEARS OF AGE OR OLDER AT TIME OF ENTRY; AND (III) ARE LEGAL RESIDENTS OF AUSTRALIA OR NEW ZEALAND.

If you have not registered to become an account holder of the Site, you may do so by CLICKING HERE and completing the registration process (at no cost and with no obligation). Prior to completing your membership registration, you must accept the applicable Terms of Use and Privacy Policy for the Site located at https://oce.leagueoflegends.com/en/legal/termsofuse and https://oce.leagueoflegends.com/en/legal/privacy, respectively. If you are not willing to accept the Site Terms of Use and Privacy Policy, do not attempt to become a member and do not participate in the Contests. Directors, officers and employees of Sponsor, all other participating sponsors, their respective parent entities (if any), and any of their respective affiliates companies, subsidiaries, agents, professional advisors, advertising and promotional agencies, and immediate families and persons domiciled with each are not eligible to enter or win any prizes. All relevant national, federal, state, provincial and local laws and regulations apply. There is no cost to enter or win.

Sponsor, all other participating sponsors and any of their respective parent companies, subsidiaries, affiliates, directors, officers, professional advisors, employees and agencies will not be responsible for: (a) telephone, electronic, hardware, software, network, Internet, or other computer- or communications-related malfunctions or failures; (b) any Contest disruptions, injuries, losses or damages caused by events beyond the control of Sponsor; or (c) any printing or typographical errors in any materials associated with the Contests, for reasons beyond Sponsor’s control.

Regular contests during the course of the remaining Oceanic Pro League 2020 Split 2 (the “OPL Matches”) occurring between June 5, 2020 and August 8 , 2020. Sponsor may announce additional rules from time to time. Three separate contests will run on Weeks 1-3, Weeks 4-6 and Weeks 7-9 and over the Playoffs and Grand Final. The contest will begin on the Friday at 16:00 Australian Eastern Time and end three weeks later on the Sunday at 23:59 Australian Eastern Time.

4. Entry in the Contests.

The Entrant may enter any Contest by (a) posting a video clip to Twitter of between 30 and 60 seconds in duration to join the OPL hangout video and (b) following @OPL and @NeosurfEsports (an “Entry”). Additional directions and rules may be provided by Sponsor related to such Contests from time to time. Only one Entry to each competition is permitted per person. Where multiple entries are made, only the first will be accepted.

The winner (“Winner”) may be announced by Sponsor on Sponsor’s Twitter site or on the broadcast of the OPL Matches or by some other method, as determined by Sponsor in its sole discretion, and their name may be published on Sponsor’s websites or social media accounts.

Sponsor shall be the sole judge of all Contests. The decisions of Sponsor on all matters are final and non-appealable.

The Winner of each Contest (see “Contest Period”) shall be awarded a prize (the “Prize”) announced by Sponsor in advance of such Contest. Examples of Prizes include:

All prizes are awarded “AS IS” and WITHOUT WARRANTY OF ANY KIND, express or implied, (including, without limitation, any implied warranty of merchantability or fitness for a particular purpose).

All Neosurf vouchers have an expiry date of midnight, 31st December 2020, and must be applied to a League of Legends account before this date.

8. Sponsor Use of Entrants’ Names and Likenesses.

By entering the Contests, each Entrant agrees that Sponsor and its successors, affiliates, agents and assigns, may use, edit, alter, (unless prohibited by law) Entrant’s name, likenesses, images, photographs, voice, signature, city/nation/state/province of residence, biographical information and prizes for advertising, trade and promotion in any media or format now or hereafter known, including, but not limited to, on the Internet, social media applications, or via wireless application protocol, without further compensation, permission or notification, except where prohibited by law. By entering, Entrant also consents to the collection and/or retention of the foregoing Entrant-provided information by Sponsor. Each Entrant specifically understands and acknowledges that Entrant’s Entry may be placed by Sponsor on the internet for worldwide viewing.

By entering the Contests, and to the maximum extent permitted by law, each respective Entrant agrees to be bound by these Official Rules and by the decisions of the Sponsor, which shall be final for all purposes hereunder. Each Entrant further hereby releases, discharges, indemnifies, and holds the Sponsor and its parents, agents, affiliates, successors and assigns and their respective directors, members, shareholders, officers, employees, agents and representatives harmless from any liability whatsoever, and waives any and all causes of action, related to any claims, costs, injuries, losses, or damages of any kind arising out of or in connection with the Contests or delivery, misdelivery, notification errors, acceptance, possession, use of or inability to use any prize, including, without limitation, claims, costs, injuries, losses and damages related to personal injuries, death, damage to or destruction of property, rights of publicity or privacy, defamation or portrayal in a false light, whether intentional or unintentional, whether under a theory of contract, tort (including negligence), warranty or other theory. By expressly waiving claims resulting from negligence by the Sponsor, Entrant does not waive claims resulting from the Sponsor’s intentional or reckless acts if as a matter of law or public policy in the relevant jurisdiction such claims cannot be waived. Entrant further agrees that if any portion of this paragraph or these Official Rules is held invalid, the balance shall, notwithstanding, continue in full legal force and effect.

Sponsor, together with its parent, subsidiaries and affiliates, advertising and promotion agencies, suppliers (including all prize providers), printers, and distributors, and the respective directors, members, shareholders, officers, employees, representatives and agents of each and any other person or entity related in any way to the Contests are not responsible for (i) technical, hardware, software or telephone malfunctions of any kind, lost or unavailable network connections; (ii) any human error that may occur in winner notification or other Contest-related communications, or the processing, review, or tabulation of the Entries in the Contests; or (iii) any printing errors in these Official Rules. If by reason of a printing, transmission or other error, more prizes are claimed or announced than the number set forth in these Official Rules, all persons making purportedly valid claims will be included in a random drawing to award the advertised number of prizes available. In no event will more than the advertised number of prizes will be awarded.

If any factor (including infection by computer virus, bugs, worms, tampering, unauthorized intervention, fraud, technical failures, or any other cause) corrupts or affects the administration, security, fairness, integrity, or proper conduct of the Contests, or the Contests is otherwise not capable of being conducted as described in these Official Rules, Sponsor shall have the right, at its sole discretion, to cancel, terminate, modify or suspend the Contests or these Official Rules, and/or select the winners from the Entries received prior to the implementation of the disruptive action, or as otherwise deemed fair and appropriate by Sponsor. SPONSOR RESERVES THE RIGHT TO PROSECUTE ANY FRAUDULENT ENTRIES AND ENTRANTS TO THE FULLEST EXTENT OF THE LAW. At Sponsor’s sole discretion, Entrant and winners who do not comply with these Official Rules or otherwise attempt to interfere with the Contests in any way may be disqualified.

ALL DECISIONS BY SPONSOR ARE FINAL. IF YOU DO NOT AGREE TO THE TERMS AND CONDITIONS OF THESE OFFICIAL RULES, DO NOT ENTER THE CONTESTS.

The Contest and all accompanying materials are copyright © 2020 Riot Games, Inc., and its licensors. All rights reserved.

If you have any questions about these Official Rules or the Contest, please e-mail them to oce-competitions@riotgames.com, or send written questions to Riot Games Pty Ltd., “Neosurf Split 2 Contest” c/o Riot Games Pty Ltd., 157-159 Harris St, Pyrmont NSW 2009, Australia. Sponsor reserves the right to post the question and answer for all to see.